skip to main | skip to sidebar

And so we continue our walking tour of Very Neighborhood: a quaint little place with two streets for access. No throughway. Two streets to get in and get out. That's it. 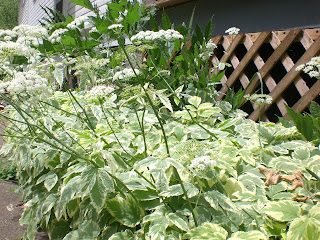 Very Mary lives on one of the streets. Very Mary's cousin lives on the other. This flora is in her cousin's garden. In between the two main (term used loosely) streets are a few horizontal streets. Very Mary has never counted, but she's guessing there are fewer than 300 homes in Very Neighborhood. 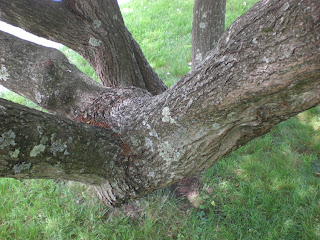 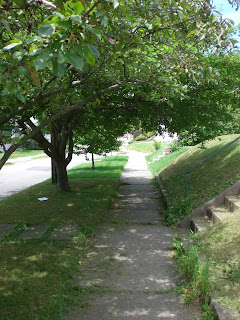 Trees that hang over the sidewalks, but are perfectly pruned at about 6.5' underneath so that passersby feel a bit like they're under a secret canopy of Mama Nature. 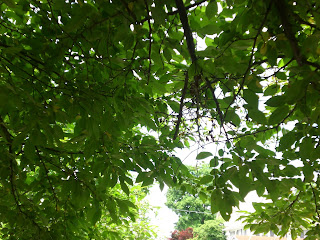 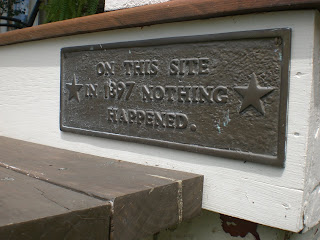 And just so you know, the people who comprise Very Neighborhood tend to be rather adorable and quirky. Very Mary loves quirky. 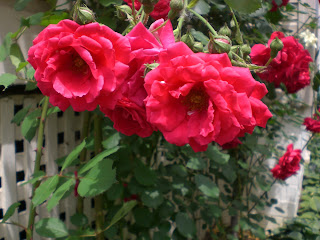 Did she mention that the folks in Very Neighborhood love them some gardens? 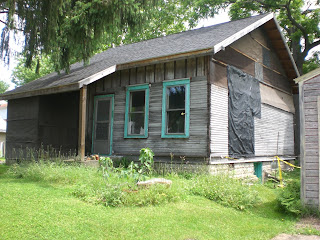 Along one of the alleys, Very Mary passes this interesting little cabin-esque place. Tis sadly run down. Very Mary imagines it would be entirely too much fun to transform this little travesty into a cottage. She sometimes spends her entire walk thinking about what she would do if she owned it. 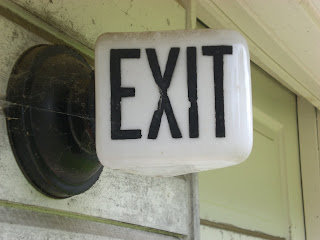 Did she mention the quirky neighbors? 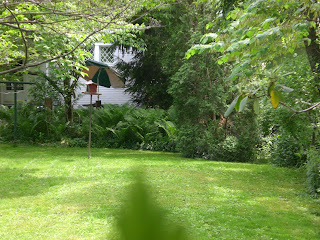 And the gardens? And how she totally popped her camera through a hedge to snap this photo? And how it's so secretive and delicious that it made her rather giddy? 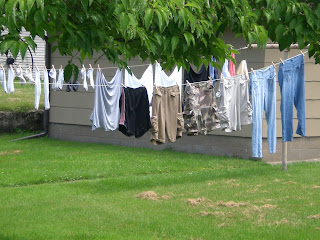 FYI: folks really do still dry their clothes on clotheslines in smalltown USA. 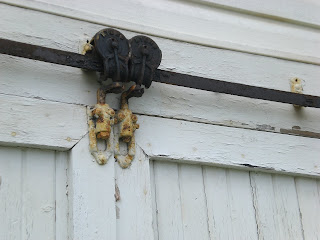 And these same folks tend to use stuff for a long, long time. There's all sorts of great timeworn stuff where Very Mary lives. Patina is so underrated. 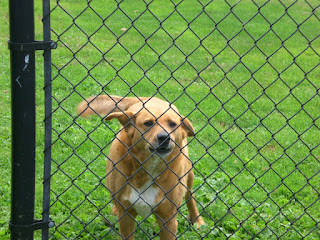 What's a walk without a little dog? 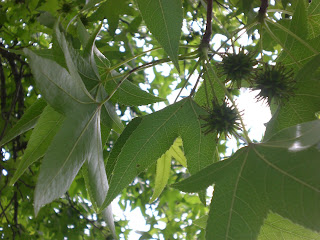 Or a Sweet Gum tree?
(And, by the way, did you happen to know that Sweet Gum oil is a highly coveted commodity? No? Yeah, Very Mary didn't either, but she's totally addicted to Google.) 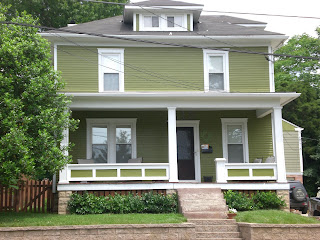 Ah, and finally the return to Chez Very, which is Very Good. (Very Mary wore a sweatshirt when she left for her walk and, by the time she returned, she was boiling.)
One of the denizens of Very Neighborhood told Very Mary that houses have souls. She believes it. When the Very's bought this house, it was a rather sickly shade of pale-bridesmaid-dress-green. When the Very's found this color - La Fonda Olive Green, they sort of fell in love with it. And when they started scraping off the other paint? And the paint under that? And the layer under that? Underneath all the layers and years of paint? This? This was the original color of the house. From 1923. Very Mary belongs in this house forever and ever amen.

totally jealous. I could live in that very olive house too. One of my all time fav colors. And I love the quirky neighbors.

I love the "nothing happened" sign.
I love patina.
And I love love love your house.

Love your house - love your house. But yes I could fancy up a sad little timeworn cottage and live very near my friend, very mary. very big loving thoughts headed your way.

Well T, seems I might have to ask half that duo about the shack. I absolutely adore it!

Love, love, love your house! And your neighborhood. So charming and unique just like you!!

I love, love the fact you had picked out the original color of your home. Sometimes I really wish we lived in a home with history and then I realize I am making history in my home! So someday a lady like yourself could move in a hundred years from now and appreciate the love I put into it. :)

Is there an almost-identical house across the street or next door?!???!!!? :) Your house is gorgeous, and the neighbour seems lovely.

Loved this whole post... and had to laugh at the EXIT light. *giggle*

Very nice neighborhood, Very nice house the Very's live in. You do have a guest room don't you???

There is a guest room. It's currently about 2/3 full of fabric, but I seriously doubt any of you would mind sleeping upon it, would you?

I love your house, but I have to get that sign. I need that sign, for I am also quirky.

shrink on the couch said...

That cabinesque cottage has some potential, oh yes it does.

And Chez Very? Gorgeous. I love the color, the window trim, the thin slats of wood (is that what it's called? I just googled, and I do believe that is correct) and that front porch. Would love to have a front porch like that.

Dontcha Wanna Be a Very Mary, Too?

Very Mary
becoming a better human being, one day at a time